Iran’s second-holiest city after Mashhad, Qom (Ghom) is home to both the magnificent Hazrat-e Masumeh shrine and the hardline clerics who have ruled the country since 1979. Shiite scholars and students come from across the world to study in its madrasehs (schools) and browse in its famous religious bookshops, pilgrims pay homage at the shrine and locals are conspicuously pious. Travellers need to be mindful of the city’s religious nature when visiting and dress conservatively. Discreet behaviour is particularly appreciated around the Hazrat-e Masumeh shrine.

Qom is one of Iran’s fastest-growing cities (the population has doubled since the revolution) and the outskirts are being transformed by a sprawl of apartment blocks. While the new infrastructure is rather unattractive, the population growth has at least brought new life to the old centre. Qom can be visited in an easy day trip from Tehran or en route to Kashan.

The physical and spiritual centre of Qom, this magnificent shrine is the burial place of Imam Reza’s sister Fatemeh, who died here in the 9th century. Reza was the eighth of the 12 imams who descended from Prophet Mohammed; as the only one of the 12 to be buried in Iran (in Mashhad), his sister's burial site has a special resonance as a place of pilgrimage. Non-Muslims are allowed into the courtyards but not the shrine itself. 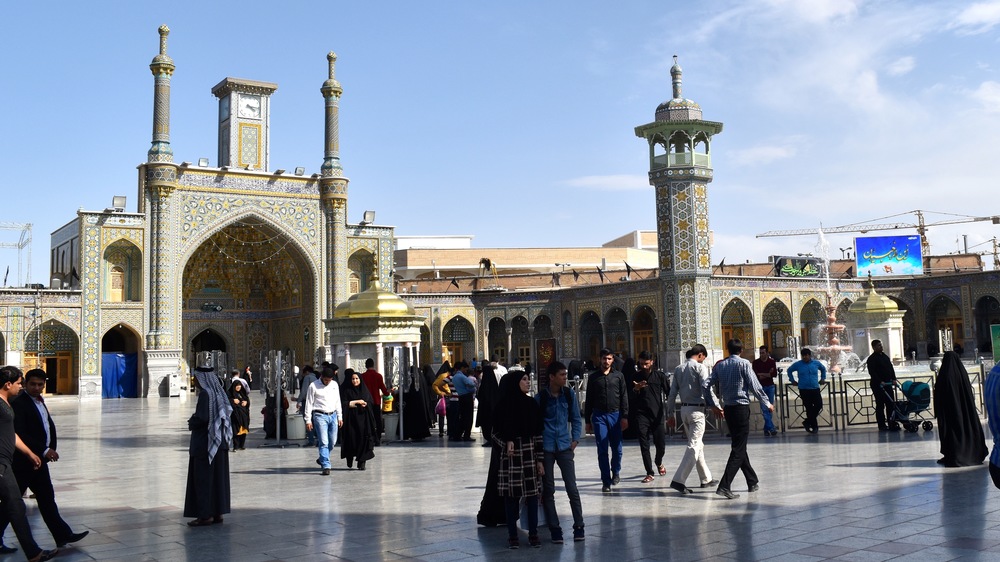 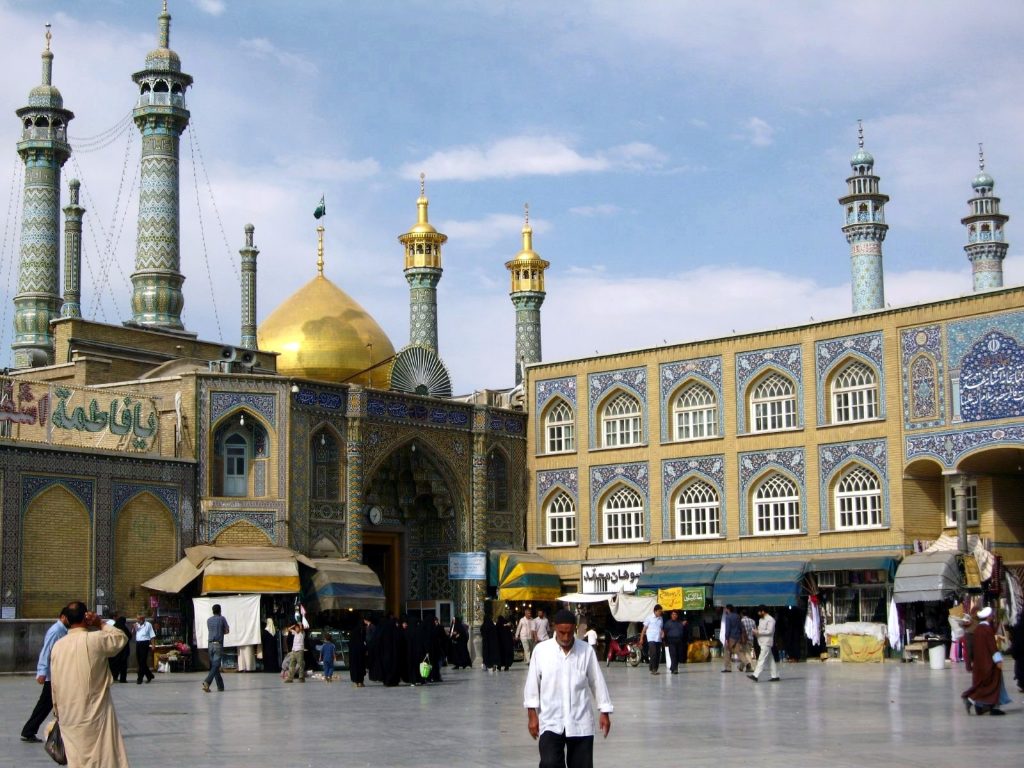 The city’s main square is paved with marble and pedestrianised, offering a grand vista of the Hazrat-e Masumeh. The square takes on a carnivalesque quality in the evening when robed clerics hurry by while pilgrims and scholars congregate to enjoy the open space, stroll the length of the square between the shrine and the glorious blue-domed Imam Hassan Mosque, and browse among the Islamic bookshops. Catering to more worldly appetites, the souvenir shops flanking the square sell delicious local sweets.

This lovely old bazaar in the heart of Qom, a short stroll from Astane Sq, is worth a visit as one of the most authentic covered markets in Iran. With a small khan in the middle, and the usual labyrinth of alleyways, it is distinguished from other such trading places by representing 'business as usual' for the local citizens of Qom, with little if no concession to modernity or visitors. A great place to sense the continuity of trade over centuries. 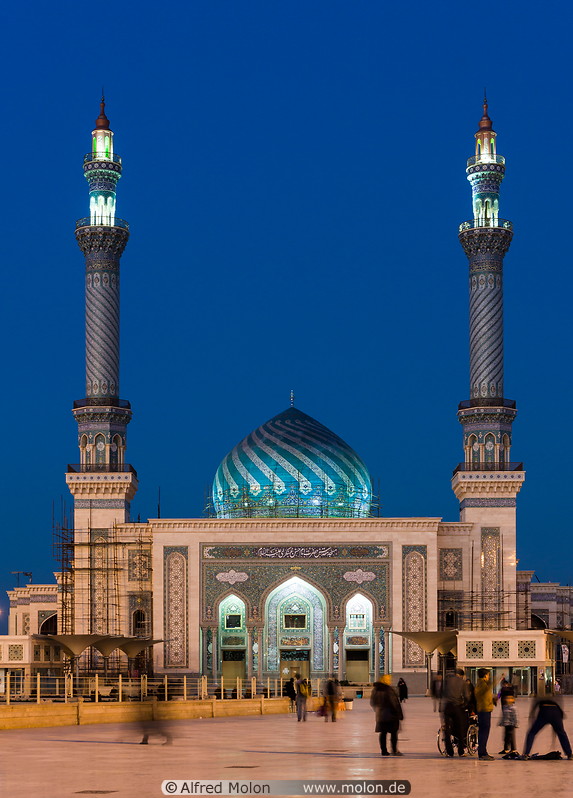 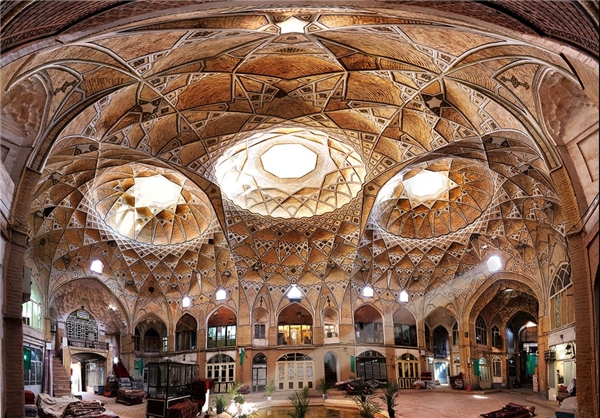 The beautiful dome of this enormous, symmetrical mosque provides a fine counterpoint to the more organic shrine complex at the other end of Astane Sq. 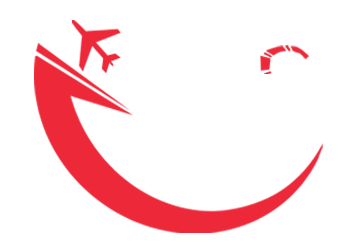